Pragmatic Play resumes its iGaming domination as the prominent gaming product provider unveils yet another exciting and fresh take on the classic slot game with the release of Lucky Lightning. This new 3×5 slot title is inspired by the ancient Greek gods of Olympus, as fans are climbing the mount in search of divine rewards. 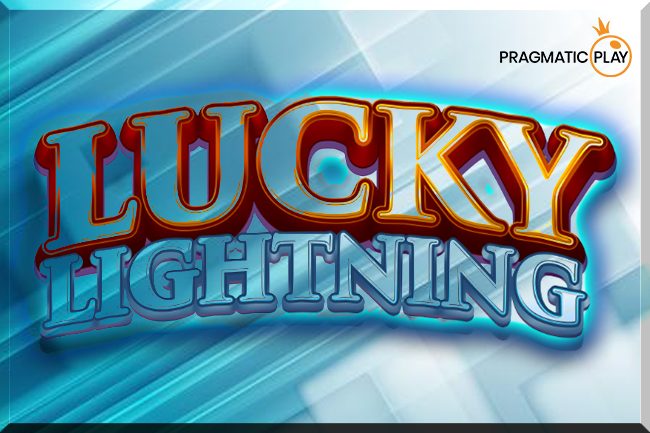 The content supplier produces up to five new slot titles every month, thus making sure that its fans are always entertained and provided with something new and different. All of the provider’s games are available through a single API thus making them much easier to access. The studio offers an immense catalog of gaming titles, and there is something for everyone’s likings. 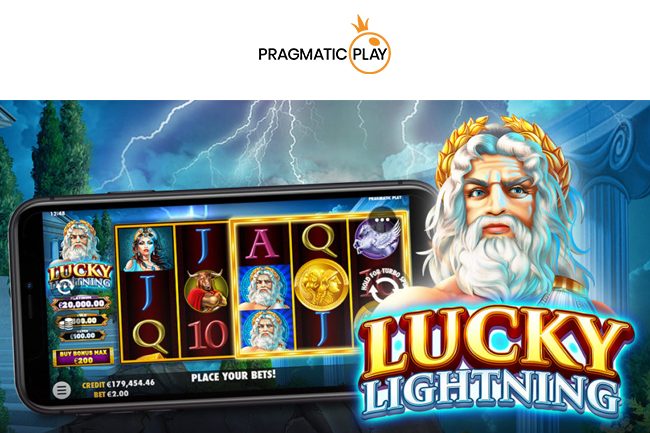 Lucky Lightning went live on June 17, 2021, and after starting the game players will instantly notice the picturesque mythological setting of Mount Olympus. This brand-new 3×5 slot title features the Greek gods Zeus, Hera, and many more motives from the Hellenic mythology, including Minotaur of Crete, the Griffin, and the winged horse Pegasus.

Almost everything in the game revolves around the Wild Respin feature, which is randomly activated by players when Lightning Symbol rolls on the first two reels. Then there are two possible outcomes. First one being, the feature growing to the size of the grid to a 3×6 layout, or the second one of boosting the last reels to hold four rows instead of three. This enhances the starting 243 paylines even further.

Then there is the Coverall feature, but in order to activate it, participants must have already activated the Wild Respin one on the first two reels and roll Coin symbols on the rest of the reels. Multipliers displayed on the Coin symbols will be between 1 and 500, and a player can also stumble upon the Jackpot symbols that appear randomly during this special mode.

There is also a Free Game mode, which is activated after participants land at least three Bonus symbols. This will award them with the prize of 10, 15, or 50 free of cost spins. The company also informs that the Free Game feature can be activated with a Purchase option, giving them 100x the value of their initial bet. However, currently, the Purchase option is available only in certain jurisdictions.

Another one of Pragmatic Play’s recent slot title release that certainly catches the gambler’s eye is the Dragon Hot Hold and Spin™. The game was released on June 14, 2021, and it utilizes Asian culture features as its main theme, as players take on a mystic quest of acquiring many treasures. The 3×5 slot’s main feature is Hold and Spin, which can award participants with up to 5,000x stakes.

Besides producing top-quality slot games in order to stay as one of the best providers in the business, the company also inks many lucrative partnership deals to expand its area of operations. Previously, the supplier officially collaborated with United Kingdom casino brand 32Red. The European operator now has access to the provider’s new titles and previous fan-favorite releases such as The Hand of Midas, Book of Kingdoms, and Book of Tut