Let’s clarify the legal status of online gambling in Canada to put any potential punters at ease.

1) Canadians are not at any legal risk by playing at an online casino site, whether they play for fun or as a part-time job

2) No Canadian citizen has ever been prosecuted for playing at an online gaming site (casino, poker or sportsbook)

3) It is illegal to operate an online casino without a license if based within Canada, all our recommended casino sites though are located offshore

5) The Criminal Code of Canada is the official codification of criminal acts and procedures; it does not explicitly criminalize playing at an online casino site

Canada vs U.S: It is clearly illegal in Canadian law to operate an online casino/gaming site from within Canada (i.e. legally formalized there, playing servers located there) without a license. However within the Criminal Code of Canada there are no laws that explicitly address offshore gaming sites. 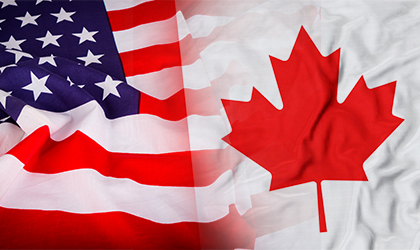 This is the key distinction between the U.S and Canada. In the U.S offshore online casinos are targeted by the Unlawful Internet Gambling Enforcement Act of 2006, which prohibited banks and other payment processors from conducting transactions with offshore gaming sites. In order to stay on the right side of the U.S authorities following passage of the act, virtually all reputable gaming sites withdrew from the U.S no longer accepting players based in the United States.

In Canada there are no specific laws targeting gaming sites/companies located offshore, this is why most of them are happy to continue accepting Canadian players. To characterize the different legal situation appertaining to the countries –  Canada can be considered to be a ‘grey’ market where the playing at online gaming sites is neither explicitly legalized or outlawed, whilst the U.S (at least prior to recent developments in the states of New Jersey, Delaware and Nevada) is a ‘black’ market.  In distinction to both, an example of a ‘white market’ would be the U.K where online gaming has been explicitly legalized.

Regulators and Gaming Authorities: The reformed criminal code of 1970 opened up gambling by allowing the individual provinces within Canada to regulate and license gambling in their regions. This led to the development of a number of land-based casinos as well as lotteries run by the provincial gaming authorities.

It’s important to note that many of these gaming authorities run their own gaming portals often featuring casino games. Being of a poorer quality though with regards to game selection, quality and bonus/promotions than offshore sites we don’t recommend them 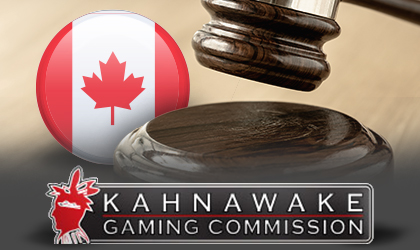 Initially, the Kahnawake Commission was a popular licensing authority with many of the older Microgaming brands licensed there. Over recent years though it has fallen out of favour somewhat with many e-gaming companies/sites preferring to be licensed by the gaming authorities in Malta or Gibraltar.

For more information on the gaming authorities which license our recommended casinos see this article.

What future legal developments can we expect with regards to online gambling in Canada?

Essentially no one really knows, and it seems that all involved parties are holding a ‘wait and see’ attitude. The government has currently shown no inclination to tighten the law and explicitly stop Canadian citizens from playing at ‘offshore’ sites despite the loss of tax revenues. Similarly, a  U.K style fully legalized  ‘white market’, where offshore sites operate on the same legal basis as the sites run by the provincial gaming authorities also looks unlikely, not least because the provincial gaming authority sites would lose out even more to their superior ‘offshore’ gaming sites.

With the Canadian government focusing on other threats and legislative areas, it seems the best bet is a continuation of the status quo one where Canadian gamers are free to continue playing at a great selection of international casino sites.

If you’re now ready to start choosing a casino head to our casino reviews page which lists all our recommended and reputable sites, while viewing our dishonest casino list to find which ones to avoid.

*Disclaimer – This article should not be considered legal advice.

Can a US citizen gamble online in Canada?

Not likely.  Since all casinos require proof of identity, including documentation of where you reside, we do not recommend any US citizen to gamble online in Canada.

Is Online Gambling Legal in Canada?

Absolutely!  It is illegal to operate an online casino within Canada but is is legal for any player to play from an offshore casino