While the provincial regulatory authorities struggle with presenting a unified approach to online casino offerings, the diamond grindstone of gambling heaven continues to turn slowly and surely in the international markets. Novomatic announced on Monday that they had finally received international green lights in Australia, South Africa, and Nevada to complete their acquisition of the majority of Ainsworth Game Technology Limited (AGT) shares. 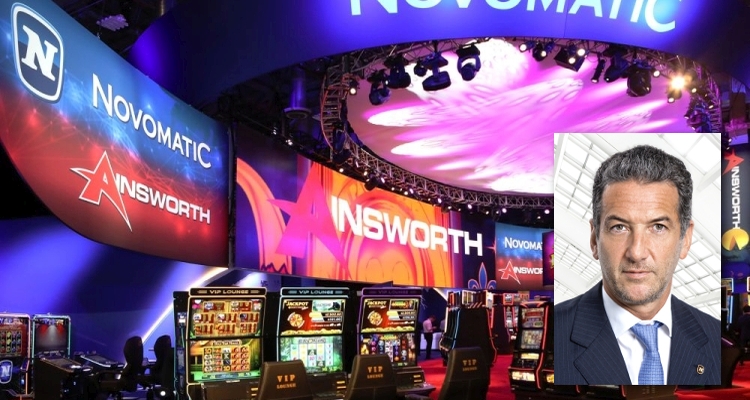 While Canadian players have had access to legendary Novomatic games like Reel King Free Spin Frenzy, Super Hot 7’s, and Jewels of the Sea for quite some time at Casumo Casino, Novomatic’s clearing of the latest regulatory hurdles offer an even greater assurance in the integrity of the provider than  what was already in place with Casumo’s Malta Gaming Authority (MGA) remote gaming license. According to a report on the Novo website, “One of the authorities’ main tasks was to carry out comprehensive compliance checks, not just for Novomatic itself, but also for all owners, Supervisory Board and Executive Board members.”

On January 5, 2018, Novomatic became the owner of 52% of AGT’s issued capital. Upon closing the deal Friday, company founder, Len Ainsworth resigned as Executive Director of the firm he founded in 1995 after 42 years at the helm of Aristocrat Leisure – a separate company still largely controlled by the Ainsworth family. He will remain as a consultant for the next 12 months according to details of the deal.

Approval by Nevada regulatory authorities marked the first time an Austrian company had received approval in the world’s most highly regulated gaming market.

The shares purchase concluded at over 300 million euros, making it the largest investment ever by an Austrian company in Australia. Harald Neumann (pictured – inset), Chairman of Novomatic said: “Our shares in Ainsworth are strategically very important for Novomatic. After all, the joint plan is to increase market share in the US to about 10% over the next five years. In the long-term, Novomatic may become the world market leader in the area of gaming.”

In addition to 198 Novomatic games available at Casumo, Canadians from New Brunswick to BC can play hundreds of casino games from Microgaming, Play’n Go, and Thunderkick to name just a few of the many providers. Players in other regions will find games by IGT and NetEnt as well. Only time will tell if Casumo and other Canadian online casinos will add AGT games to their libraries.