After Great Canadian Gaming Corp. filed a court action in November 2017, asking that the second phase of documents not be released to Postmedia (Vancouver Sun) the British Columbia Lottery Corp (BCLC) has now asked a casino workers’ union to pony up about half a million dollars to get their hands on documents related to communications between Great Canadian and BCLC on anti-money laundering compliance. 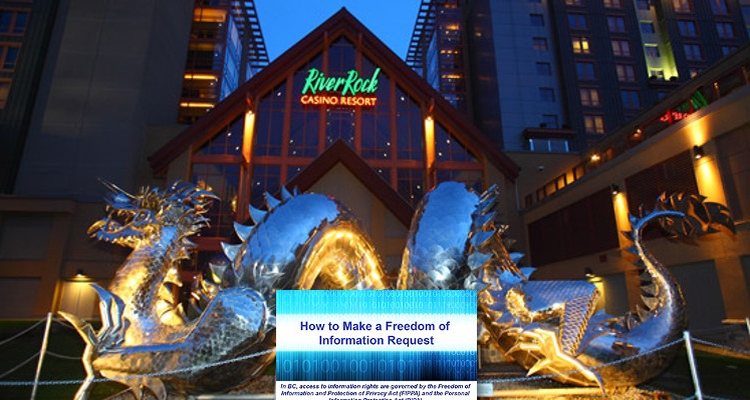 The document request was made by Unite Here under B.C.’s Freedom of Information and Personal Privacy Act. According to BCLC,  the request was so broadly worded that they estimated it would take about 16,817 hours to fulfill at a cost of $504,480. The lottery corporation asked the union to pay half of the money up front, according to a report on CBC News.

The BCLC rarely charges a fee for documents and suggested that the union’s request was simply too broad. In a statement found on CBC, BCLC said, “[Our] FOI team has a duty to assist and works with FOI applicants to try to clarify, refine and narrow the request to conduct a more targeted search to locate the information that the applicant seeks, before assessing a fee,” according to the report.

Government transparency and privacy advocate, Vincent Gogolek said that government bodies sometimes use high fees as a way to not divulge the sought after information. According to the report, Gogolek said, “When you’re going to charge someone half a million dollars for a request, the message is, you can request it, but get ready for a battle. That shouldn’t be the way it is.”

BCLC can charge an applicant for any request that would take them over 3 hours to fulfill. If the applicant can’t pay the fees they can be waived. The fees can also be waived if the request is determined to be a “matter of public interest, including the environment or public health or safety,” according to the report.

Unite Here can pay the fees, appeal to the privacy commissioner, or tighten the scope of its inquiry to try to reduce the fees.

In September, Attorney General David Eby announced a probe into possible money laundering activities at British Columbia casinos after the release of a report commissioned in 2015 that alleged millions in small bills had passed through Great Canadian’s River Rock Casino. No material breach of anti-money laundering controls was found in the report that auditors said contained ‘omissions and errors.’

If Bell is Seeking Internet Censorship, Who's Next?
4 years ago
Views:1313 Comments: 0