Home News If Bell is Seeking Internet Censorship, Who’s Next?

Under the auspices of blocking piracy, some of Canada’s largest media concerns seem to be out to undo the country’s robust net neutrality policies. The CANADALAND news and podcast website recently ran an article after coming into possession of a draft proposal to the Canadian Radio-television and Telecommunications (CRTC) that indicates Bell Canada is leading a coalition that seeks to create a non-profit corporation that would keep a blacklist of websites that they believe are offering pirated material over the internet. The aim would be to force all ISPs to block the websites. 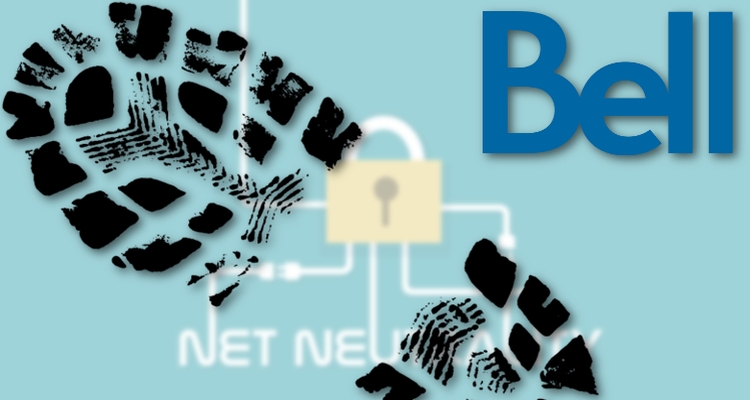 According to the article, the new corp would be called the “Internet Piracy Review Agency” (IPRA).

While a complete list of companies supporting the plan has not been finalized yet, some of the names mentioned included Cinémas Guzzo, Cineplex, and Rogers. The report indicated that the coalition plans to file the application on Tuesday, December 19.

University of Ottawa law professor, Michael Geist is also an internet policy expert. He told Robert Hiltz of CANADALAND that it was not a good idea at all. “This is a dramatic shift. This is a prospect of significant internet regulation being done by the CRTC and without any court oversight. The only court oversight [is] after a site has been blocked,” according to the report.

He said that if you are in a position to block content for piracy purposes, other groups would obviously want to see other sites blocked for their own purposes.

What would stop, for example, BCLC or OLG from insisting that any free market online casinos should be blocked if they aren’t properly licensed in Canada. Their arguments could bear tremendous weight in regard to flight of capital to the offshore sites as well as the lax regulatory regime of some of the jurisdictions such as those in the Caribbean that provide virtually no player protections.

According to Geist the CRTC has said that although it has the power to order ISPs to block unwanted content it would only do so in “exceptional circumstances”.

In fact, Karl Sasseville, a spokesperson for Navdeep S. Bains, Minister of Innovation, Science and Economic Development said, “‎Net neutrality is a critical issue of our times, much like freedom of the press and freedom of expression that came before it. That’s why our government has a strong net neutrality framework in place through the Canadian Radio-television and Telecommunications Commission. While other parts of the world are focused on building walls, we’re focused on opening doors‎,” which has become an even weightier statement since the US FCC voted to end net neutrality this past week.

Geist spoke of how internet blocking in certain European countries happens in accordance with a lawful court process. It’s unclear if the IPRA has such protections. Piracy rates are reportedly just as high in the countries with blocking as those without as when one site goes down, another launches to replace it.

He referred to the lesson that should have been learned from music piracy and said that it wasn’t ISP blocking that corrected the problem, but rather the introduction of streaming content available for purchase. “If there is a piracy problem, it is addressed far more effectively by good business models that offer up competitive services that people want to buy,” said Geist.

While the OLG online gambling portal carries games from IGT and western residents are not allowed to play there, IGT has stopped supplying any of their games to any other online casinos serving Canada. The same is true of NetEnt and the BCLC. Ontario residents cannot play NetEnt games anywhere as the company stopped supplying the open market at about the same time it signed on with the Crown Corporation. The OLG has annual revenues in excess of CDN $6.6 billion and the BCLC’s numbers exceed $3 billion, giving them plenty of reason to want to curb competition and more than enough weight to throw around if they could.