Stockholm boutique development lab ELK Studios has announced a January 11, 2018, release of a new slot under the title, Wild Seas destined for Canadian online casinos like LeoVegas, Mr Green and others. The game celebrates the true-life story of Anne Bonny, an Irish pirate who plied her trade in the 18th Century wild Caribbean. Bonny disappeared from the history books sometime around 1720 after being captured and sentenced to hang in Jamaica. No record exists of her escape, release, or execution. However, some accounts of her life indicate that she lived to the ripe old age of 82. 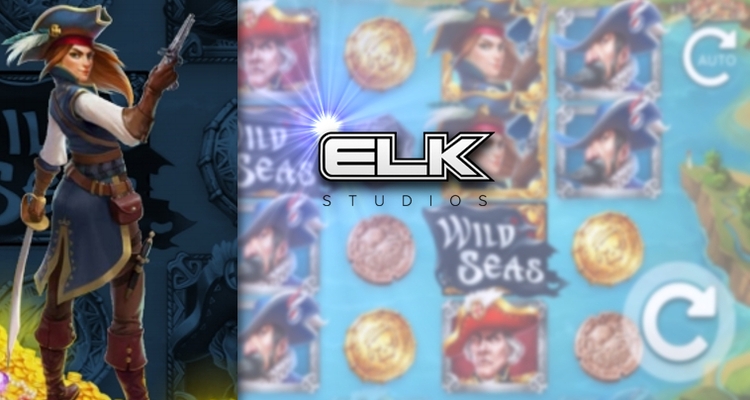 The reel symbols and feature mechanics of Wild Seas depict high paying elements like three merchants, Bonny herself, a ship with WILD emblazoned across its sails and dangerous waters in the free spins round.

Trigger the bonus game and “Break the Convoy” as wild sailing ships travel across the reels from right to left. Fire up your cannons as three strikes will sink a ship and reveal the loot that the merchant captain has onboard. This will trigger the second part of the bonus game called, “Loot the Treasures”. Collect treasure chests to create huge sticky wild wins. But it’s not all smooth sailing, you’ll need to avoid the barrels of explosives which could end the plunder and take you back to the relative doldrums of the base game in hopes of spotting another merchant ship to loot.

Back in the base game, you will need to tend the mainsail in hopes of seeing two more Wild Seas symbols. These will give you another chance to break the convoy with wild merchant ships traveling to fall off the end of the earth when they reach the leftmost reel. But take heart, Matey! When pirate ships land on reel #5 they let loose a volley and when they hit a target that ship will stay in place for another spin before sailing leeward. Three hits and it is time to loot the treasures again and avoid the powder kegs.

ELK Studios designs for mobile first so the games play perfectly on any device. Each of their game releases is eagerly awaited by fans. Their games are extensively tested by labs such as Trisigma, Nmi, and Gaming Associates. Their Wild Toro slot, nominated for Game of the Year for 2017 at the prestigious 13th EGR Operators Awards, underwent 17 million spins to make sure that it was not only fun and exciting but mathematically perfect.

You can find the game in about two weeks at the venues listed above or at GUTS.

Playtech Release Age of the Gods - King of the Underworld
4 years ago
Views:1938 Comments: 0