Earlier this week workers at River Rock Casino in Richmond, the largest casino in British Columbia, voted in favor of a strike. The workers joined the B.C. Government and Service Employees’ Union (BCGEU/NUPGE) in January 2016 and have been in negotiations with Great Canadian Gaming Corporation for over a year. 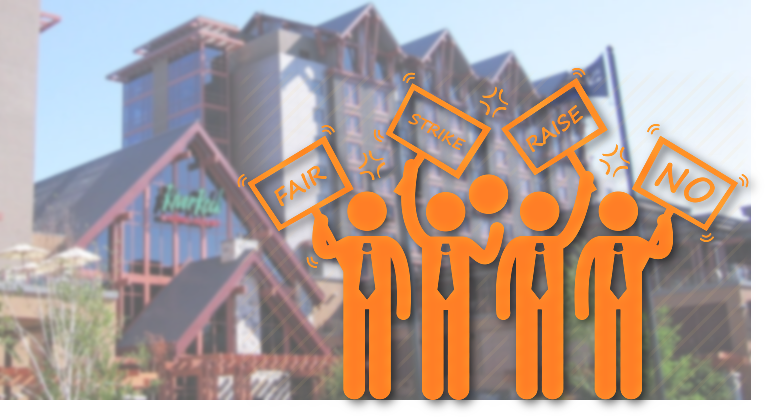 According to a report on the National Union’s website, 99.4 per cent of workers who voted were in favor of job action against their employer if it becomes necessary to back their contract proposals. 88 percent of eligible workers voted. The workers have been seeking an increase in pay since May. According to a report on cbc.ca, Great Canadian responded in July, but the company said they planned to roll back wages instead.

“All we’re asking for is a fair deal for workers. We urge the employer to come back to the bargaining table with a view to getting a deal done,” said Stephanie Smith, BCGEU President.

Mediated talks are expected to take place before the end of the week but should those talks fail, a strike becomes much more likely according to the Union. That move could cost the gaming company millions in lost revenue.

“It’s hard to feel confident that Great Canadian is bargaining in good faith. All we’re asking for is a fair deal for workers. We urge the employer to come back to the bargaining table with a view to getting a deal done,” said Smith.

River Rock Casino management seems hopeful a resolution can be achieved. In a written statement, River Rock’s general manager, Michael Kim said: “River Rock Casino Resort respects the bargaining process with the BCGEU and we are hopeful that an agreement between the two parties will be reached,” according to media reports.

Great Canadian released second quarter numbers last Thursday for its 19 current properties showing revenues of $161 million for the period, a 15% increase over the same period last year. Shareholder earnings were up as well.

The newly formed partnership, Ontario Gaming GTA LP, is expected to profit at least $70 million annually throughout the 22-year term of the contract. The Woodbine facility is expected to become a major destination casino resort with the Toronto Pearson International Airport less than 10 minutes away.

If some 1,100 casino dealers, cashiers, and other workers vote to man the picket lines, play at the province’s busiest casino could slow considerably or come to a halt.

Fortunately, many online casinos cater to Canadians, and they are open 24 hours a day, 7 days a week.