Yggdrasil Gaming, a subsidiary of Swedish gaming company, Cherry AB has announced that they will be entering the online casino table gaming market within the first quarter of 2018. The company said that they are developing multiplayer table games with motion capture animated dealers. The first game to launch will be a blackjack title. 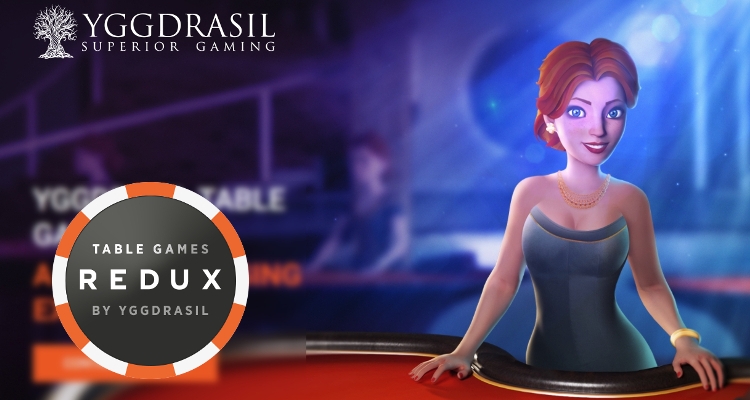 The games are being developed using proprietary REDUX™ technology that Yggdrasil developed in-house from scratch. The games will be played in an immersive 3D environment with dealers modeled using the facial expressions and detailed hand movements of real people. Popular side bets will be included in the games along with in-game promotions using the company’s BOOST™ campaign tools.

Individual casinos such as Mr Green, LeoVegas, and Comeon! will eventually have the option of requesting customized dealers, tables, and environments to complement their brands and themes. Players will be able to interact with others at the tables and the animated dealers will interact and communicate with players in real time.

Krzysztof Opałka, CPO at Yggdrasil said their table games would break new ground online in a vertical that has grown static in recent years. The games will be like nothing else currently on the market.

He added: “It won’t just be a single player trying to beat the house, but instead thousands of real players from all over the world, who are all able to join the game simultaneously,” according to a press release issued by the company Wednesday.

The games will be beta tested at the Jackpot Joy Group casinos, Vera&John and Intercasino before rolling out to other online sites which serve the Canadian market such as Dunder, Guts, and Casino Room.

Roulette and baccarat will follow the blackjack release with the entire suite expected to be functional by the end of 2018. All games will offer innovative social gaming and use the highly detailed 3D dealers and croupiers. The games will be available for desktop and mobile play.

Yggdrasil will unveil the blackjack game at ICE Totally Gaming in London, February 6-8.

FansUnite Teams Up With Cash Live
56 minutes ago
Views:2 Comments: 0