While neither High 5, nor Lightning Box are common household names easily recognized by online or land-based players, most have staked real money on games they assumed were IGT slots but actually originated from one of the two developers. On Wednesday, Lightning Box announced that they would be supplying five titles over the next year for deployment on the Facebook social app, High 5 Casino. 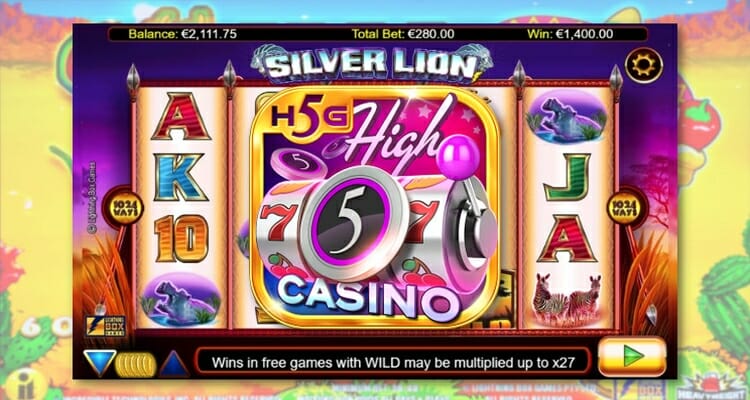 Peter Causley, Managing Director and co-founder of Lightning Box said of the agreement, “We are delighted to be working with High 5 Games as we look to grow our business across all channels.

“High 5 was one of the first companies to bring gaming to social media, and we are confident we can make their first third-party deal a successful one with a product that has already proven popular with U.S. players,” according to a media release on Wednesday.

Lightning Box designs games for land-based, online, and social casinos so they are available in Canada for real money play. The first title, set to be released on December 7 is Chilli Gold. Silver Pride, or Silver Lion depending on where you are located, is set to follow in early 2018. Both games are available at LeoVegas.

Chilli Gold is a Mexican-themed slot with 40 pay lines, stacked wilds on four reels, and free spins. The iconic Silver Lion offers 1,024 ways to win with no traditional pay lines, stacked wins up to 27x, and free games. As mentioned earlier, if these games remind you of so-called IGT creations there is a good reason for it.

One of the founders of Lightning Box, David Little is a former Senior Game Designer at IGT. After Lightning Box was launched in Sydney, Australia in 2004 they worked as a contract lab developing games for IGT and others in the industry before setting out to create their own games.

High 5 developed countless titles for IGT before the companies had a falling out over a licensing deal. Some High 5 games commonly mistaken for IGT creations include Noah’s Ark, DaVinci Diamonds, Cats, Secrets of the Forest, Golden Goddess and Black Widow to name a few. Since 1995 the company has produced over 300 games.

High 5 Casino is not a real money gambling site like LeoVegas or Mr Green. Users there pay for tokens to gamble with but are not allowed to convert them back to real cash. Over 1 million people have liked the Facebook page which has over 100,000 active users every month. As they say on social media, “SMH”. Depending upon VIP status and method, players at LeoVegas can withdraw up to $300,000 per month in real money.