Växjö, Sweden-based game developer, Play’n GO will debut a new video slot at several Canadian online casinos on 7 March 2017. The company is an inveterate new content unveiler, with each game exposing innovative new features. We were able to get our hands on the data sheet for Imperial Opera. The demo mode hasn’t been activated yet so we won’t be able to share a link to the pre-release game for our readers yet. 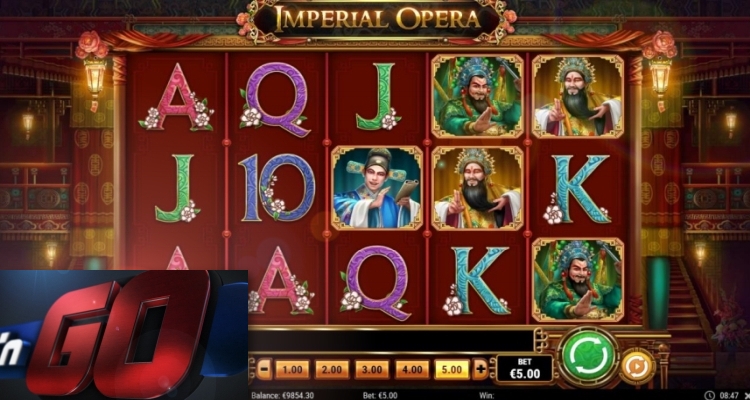 The game is set in an opulent Asian-themed opera house with Chinese performers representing the higher paying symbols. The wild is a princess and there are three other high paying symbols along with a free spins scatter and five lower paying symbols, 10-A.

The volatility index for this 20-line game is 10/10, or very high, so you won’t want to come into it with a small bankroll expecting to play all night. Even at the default RTP of 96.5%, you’ll want to have plenty of back-up, find yourself extremely lucky, get in and get out, or save the game for a Hail Mary near the end of your bankroll.

With such extreme volatility, it’s okay that this 5-reel game has 20 fixed paylines. There’s no sense in players increasing the risk and potential reward by decreasing the number of lines and increasing the stake per line. The maximum payout is 250,000.00 while betting 5.00 per line or 100.00 per spin, or 2,500x total stake. One coin per line, valued at 0.01 makes the game available to players with any sized bankroll, for a few spins at least.

The game has what they are calling a Showcase feature that is active on every spin. One symbol is chosen at random and stacks to fill one or more reels. Any symbol except the scatter can stack on any spin. All of the higher paying symbols can appear as mega-symbols when the feature is active.

During the base game, one or two reels will become completely wild at random. Another feature allows two or three adjacent reels to spin with the same symbol covering all of those reels. This is also triggered randomly and cannot happen during free games.

When you hit the trifecta and cause the perfect storm to brew with three reels spinning the same symbol a tall scatter symbol can appear and spread across those three reels. When the entire mega-symbol is visible at the end of a spin, 10 free games are awarded. The Showcase feature is the only base game feature in play, but the three central reels will lock and always spin with the same symbols. When the Showcase occurs with the same symbol on reels one and/or five that appear on the central reels, players can be in for some high paying free games. Free games can retrigger.

Mr Green usually has Play’n GO games on the day of release, but you should also be able to find Imperial Opera at CasinoLand, Spinit, and Rizk to name a few.