Popular Canadian-facing online casino LeoVegas has entered into an agreement to purchase slots powerhouse Royal Panda Casino. The deal was announced on Tuesday through LeoVegas International Ltd, the LeoVegas AB subsidiary who will acquire all the shares of Malta-based Web Investments Limited for the consideration of 60 million euro with another possible earnout payment of the same amount in a year if the asset performs as expected. 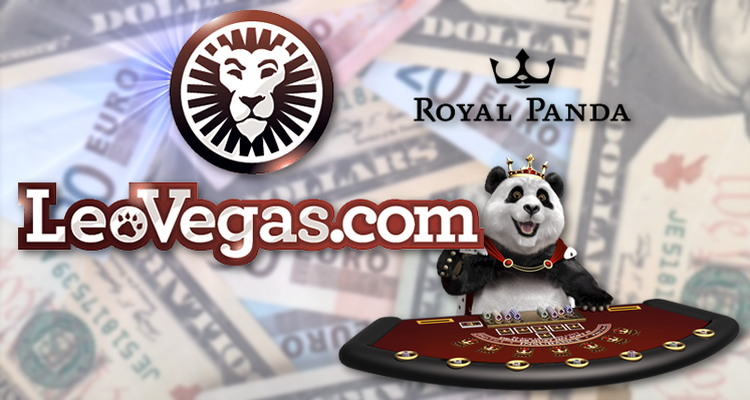 The LeoVegas Group also announced that in order to maintain their position of cash strength after completing the acquisition and to fund further expansion plans they have obtained debt financing of €100m with €40m of that being a revolving credit facility. The acquisition of the Royal Panda trademark holder is expected to be consummated on December 1st, 2017.

In the company’s interim report they stated: “Royal Panda is run by people with a long record of experience in the gaming industry, and what they have achieved is impressive. The team is strong and very effective, which can be seen in the company’s highly effective marketing.

In addition to gaining market strength in Canada, the acquisition is expected to create greater opportunities in the regulated European markets, especially the UK. If certain predetermined financial targets are met within one year of the acquisition date the total price could double to €120m. Royal Panda will need to generate at least €34m of Net Gaming Revenue in the UK of the target €50m with an EBITDA no less than €15m, and at least €5m of that from the UK market, which accounts for more than half of Royal Panda’s current revenue.

LeoVegas comes into the deal from a strong cash position which was used to fund the initial purchase and if targets are met or exceeded much of the earn-out premium will be covered by NGR. Interest on the company’s new financing is about 2 percent with amortization beginning in Q2 2019 at €10m quarterly. The financing has a term of three years.

The acquisition was presented this morning in conjunction with the company’s 3rd quarter interim report (.PDF). The stock was up over 15.70% at the close of trading in Stockholm on the news.