Canadian facing online casino, BGO announced today that it will be removing wagering requirements from all bonuses effective October 15, 2017. Player feedback and a changing regulatory environment were cited by the company for the changes. 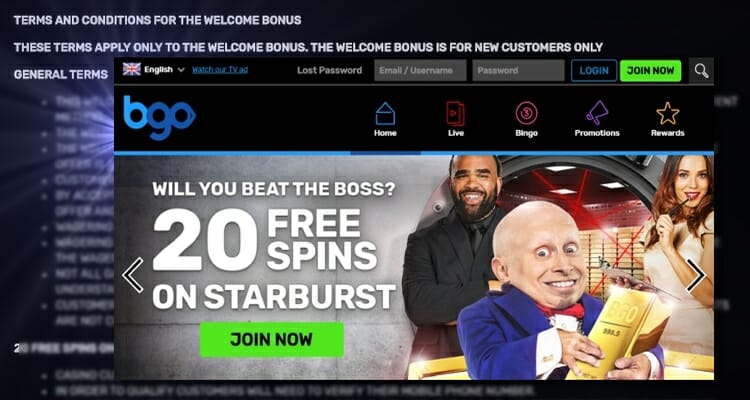 Presently, nearly all online casinos require players to wager bonus money a certain number of times before winnings, or even the bonus itself can be cashed out. In the case of sign-up match bonuses, where a casino adds $100 for every $100 deposited by a player, the player’s own money must be played through as well. Those monies will need to be played through 20, 25, 30, or more times. So a $100 matched deposit would see $200 in a players account. If the bonus terms dictate a 20x playthrough or wagering requirement, the player would need to execute $4,000 in wagers to clear the bonus in order to cash out any winnings.

After October 15 all bonuses at BGO Casino will be awarded as cash, and any winnings from free spins can be cashed out immediately, providing other requirements such as banking minimums and player identification are met.

The company was fined by the Gambling Commission in the UK earlier this year for what the regulator deemed misleading advertising. The UK’s Competition and Markets Authority has launched an investigation into multiple online operators that they suspect have broken consumer protection laws.

All UK licensed bingo and some casino operations under the Dragonfish umbrella of 888.com made changes earlier in the year with no official announcement of changes in the sites’ terms and conditions governing such rules. In addition to stopping the practice of forcing players to deposit in order to redeem some bonus winnings, they removed all monthly withdrawal limit references from their online terms and conditions pages. Another outlet investigating the changes reported that 888 Casino now has a withdrawal cap of $30,000 per transaction – a change some have suggested is related to increased regulatory oversite.

Allan Turner, CMO at BGO said the company has been spending a lot of time with regulators in several jurisdictions, as well as with players lately and had come to a crossroads where they needed to make a decision that was good for both players and the company.

“If we have evidence players find wagering conditions confusing or unfair, then that’s enough for us to take a decision. We have always run a safe, trusted and fair online casino and player enjoyment is and always will be our number one priority.

He added, “Hopefully bgo can demonstrate to the industry that restrictive bonus wagering conditions are not the way to go and we can make them a thing of the past,” according to report on igamingbusiness today.

It’s currently unclear what form the new bonuses and promotions at BGO will take. Just like land-based casinos, marketing and incentives must be written into an operations budget and are expected to increase the casino’s bottom line by helping to recruit new players and rewarding existing players for their loyalty in order to keep them around.