The Ontario Lottery and Gaming Corporation (OLG) recently published their annual report for 2016-17 (.PDF). The non-profit Crown Corporation created $7.5 billion (US$6b) in revenue for the year with nearly equal amounts generated by lottery and OLG casinos in the province. The report does not show how much of about $58.3 million generated by their online arm, PlayOLG.ca was attributable to the online casino offering and how much came from sports betting and lottery ticket sales. 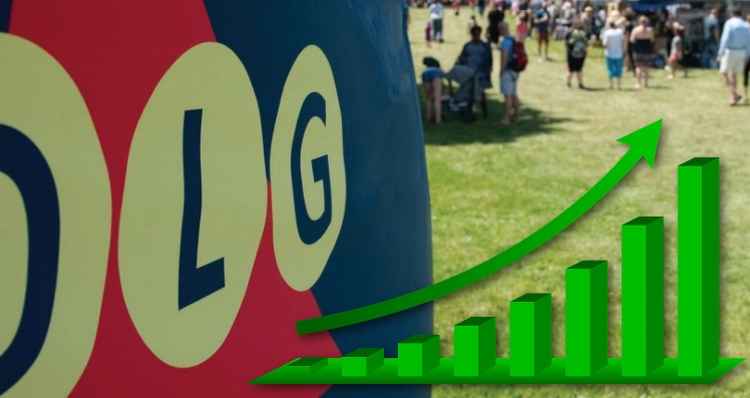 All projections were exceeded for the year. The budget called for a net profit of about $197b and the government-owned corporation cleared $2.36b. While the budget for 2017-18 has increased to $2.13b, that is still a conservative number compared to profits last year.

The $2.36b was paid out with $2.2b going to hospitals and other provincial priorities, $115m to the Ontario Trillium Foundation which administers provincial and local charities; $38m went toward problem gambling, and $10m used to support amateur athletics.

The report also highlighted progress on the OLG’s initiative to modernize all gaming in the province. The last request for proposals was released in April 2017 with that RFP centered on the Niagara Gaming Bundle. A service provider for Niagara Fallsview Casino Resort, Casino Niagara, and the yet to be realized Niagara Falls Entertainment Centre is expected to be chosen this summer.

Rock Casino Ottawa Limited Partnership was chosen in May to provide services for the Ottawa Area Bundle. The company had planned earlier to construct an integrated resort casino but instead, they will operate OLG Slots at Rideau Carleton Raceway.

Several historic revenue sharing agreements were made with First Nations in the province of Ontario making it possible to bring Great Blue Heron into the GTA Gaming Bundles. While the report is dated in terms of projections and accomplishments, we can report that in August a coalition headed up by GCGC won the GTA Bundle to operate OLG Slots at Woodbine Racetrack, OLG Slots at Ajax Downs, and Great Blue Heron Casino.

OLG kept control of their online operating assets and are expected to focus their resources and strengthening PlayOLG.ca’s position in the market now that their plan to modernize all land-based facilities is underway and they have freed themselves from the burden of day to day operations.