Canadians are fond of lotteries of all kinds, which is why there are so many of them. Now the Alcohol and Gaming Commission of Ontario wants to warn individuals that there are criminals willing to take advantage of the situation in Thunder Bay. They trick people into thinking they are participating in a legal lottery with fair chances of winning. In reality, many of them lack a license for operation issued by the province of Ontario 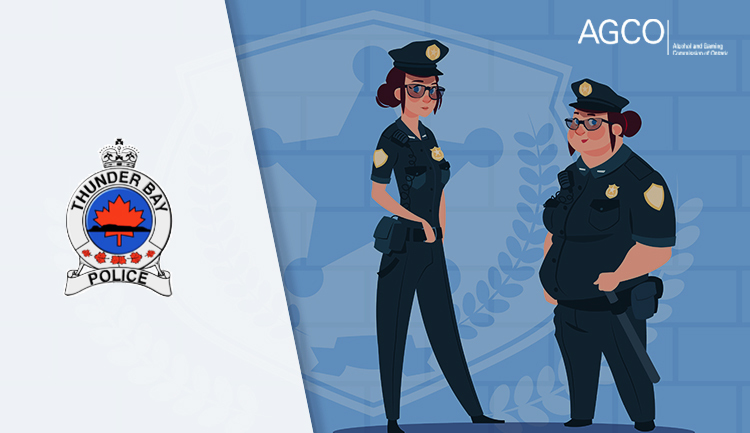 Criminals have become more inventive than ever, making the best of every situation and keeping their hand on the pulse of the community. Lottery offerings have become increasingly popular in the past years with many charitable organizations launching such. Players have the chance to bag a substantial amount of cash or a brand new luxury home while helping the community. Social media offers the easiest way to reach information in real time.

Facebook Offers Illegal Raffles a Place to Thrive at

Following a surge in the reports of illegal raffles and lotteries in the region, the Thunder Bay Police issued a warning that people should not believe everything they read online. The provincial commission has submitted information showing that Facebook has been used for promoting and overseeing operation of unlicensed lotteries in the region.

The individuals behind these raffles might be criminals striving to reach individuals in the most convenient of ways – on social media where they are more prone to exploring new and potentially harmful offerings. Few of them take the time to actually sit down and review the terms and conditions of a given lottery game only enabling fraudulent activity to thrive.

Some of the online lotteries offer people the chance to purchase numbers for upcoming draws. What is concerning in the case is that the lack of licensing makes the operation illegal and fails to provide adequate player protection in need of such. If the people organizing the whole lottery bag profit at the end of the day, they are obliged to obtain a license for operation from the province.

Authorities Take Action against Them

The next step in this situation would be for the law enforcement authorities to contact the individuals responsible for the lottery operation and ensure they are aware of the need for licensing when overseeing a game of chance. Since their operation is considered illegal, they would have to cease operation until a license for operation is obtained.

Elder people on the Internet are the demographics most vulnerable when it comes to fraudulent schemes. Criminals are willing to go above and beyond in their masterplans for obtaining cash and earlier this year the Royal Canadian Mounted Police issued a warning that Alberta players are threatened by increased attacks. Criminals impersonate STARS Lottery representatives seeking cash.

Upon demanding the payment, they explain that the player is eligible for a win. All they have to do is pay a certain amount of cash that should cover the mandatory taxes and expenses around the allocation. Back then the officers pointed out that the only thing players have to pay is the CA$30 for the STARS Lottery ticket.