Saskatchewan is all about wide open spaces. It is the only Canadian province without natural borders such as a dividing mountain range, river, desert, or seashore. Roughly equal in size to its eastern and western neighbor; Manitoba and Alberta, it also shares a border with the Northwest Territories and touches the corner of Nunavut to the Northeast. To the south are the sparsely populated U.S. states of Montana and North Dakota. Nearly 10% of Saskatchewan is covered by water, while about 1,160,000 people occupy 591,670 km2 (228,450 sq mi) of land. 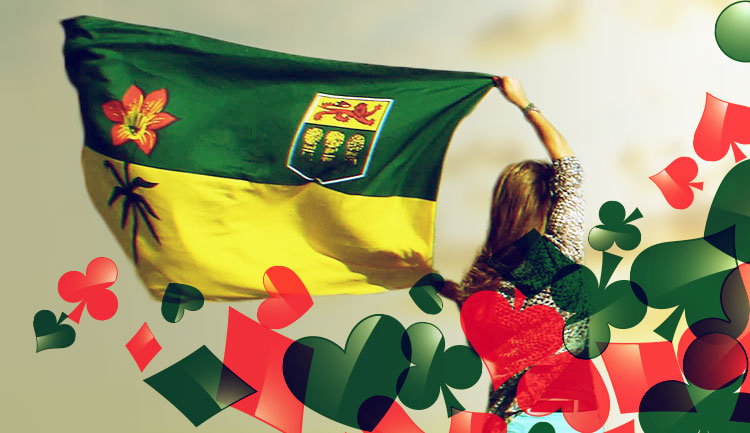 Regina, near Moose Jaw, is the capital but the most populated city is Saskatoon with a little more than a quarter of all Saskatchewanians living there. The province’s only thoroughbred racetrack, Marquis Downs is located there at Prairieland Park. The nearest casino to the metro area is Dakota Dunes Casino, about 20 minutes south of Saskatoon at the Whitecap First Nation. It’s also the second largest casino with 620 machines and 18 table games, second only to Casino Regina in the province.

Most of the casinos of Saskatchewan are First Nation or tribal casinos. The Saskatchewan Indian Gaming Authority (SIGA) operates six casinos in the province and two are owned and operated by SaskGaming, a Crown Corporation that was established in 1996 under the Saskatchewan Gaming Corporation Act (1994) to operate Casino Regina. They opened their second casino, Casino Moose Jaw, in 2002.

In 1995 the Federation of Saskatchewan Indian Nations created SIGA and incorporated the authority as a charitable operation the next year. SIGA is regulated by the Saskatchewan Liquor and Gaming Authority (SLGA) who works closely with SIGA on all matters.

SIGA employs over 1,700 people with 645 of them being First nation peoples and a full 45% of them are women. The authority has generated over $1 billion in revenues for its beneficiaries with 100% of profits going back into the communities. Nearly five million people visit the First Nation casinos every year.

The following casinos are owned and operated by the Saskatchewan Indian Gaming Authority:

A new casino is in the works for Lloydminster, which straddles the border between Alberta and Saskatchewan. The $20 million facilities will feature 250 slots and 8 tables and include an entertainment area and a modern food and beverage outlet. While it will be far from the largest casino in the province, it is expected to do well, providing economic and entertainment opportunities for the region. The nearest casino is Gold Eagle in North Battleford, about an hour and a half away.

The following casinos are owned and operated by SaskGaming:

SaskGaming’s two casinos are very popular as well, serving over 3.5 million visitors each year. The Crown Corp transfers profits to the Saskatchewan general fund which then distributes them to the First Nations Trust, the Community Initiatives Fund, and the Métis Development Fund. Dividends also go into the Crown Investments Corporation of Saskatchewan.

Casino Regina was the first casino opened in the province and currently features over 1,000 machines, 30 gaming tables, and a poker room with cash games and tournaments.

Like all other Canadian provinces and territories, Saskatchewan is self-determining in most of their gaming law. The provinces have had the ability to create, manage, and conduct casino gaming since 1985. Unlike BC, where the British Columbia Lottery Corporation (BCLC) is involved in almost all casino and provides online gambling to BC residents, the Saskatchewan Crown Corp, also known as SaskGaming only operates two casinos.

The regulator for all SaskGaming and First Nation (SIGA) casinos is the Saskatchewan Liquor and Gaming Authority (SLGA) who also oversee racetracks there. It is also a Crown Corporation involved in the gambling business in its own right. Through an agreement with the Western Canada Lottery Corporation (WCLC) the liquor authority owns and manages 4,000 video lottery terminals in bars and lounges across the province.

WCLC operates the VLT program including machine placement, operator training, and maintenance. Businesses where the machines operate receive 15% of net revenue and the remainder goes into the government’s Core Operational Plan which pays for education, healthcare, and other essential services.

Other Gaming in Saskatchewan 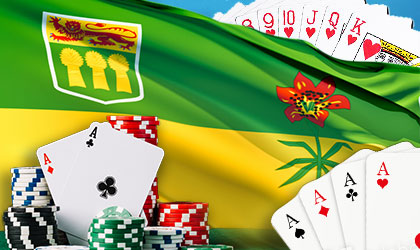 Residents and visitors are free to play at any online casino site they choose to. Gaming sites that are not based in Canada do not need a provincial or federal license. Online casino winnings are not taxed in Saskatchewan or anywhere else in the country.

Lottery services, including retail scratch-off and draw lotteries, are operated by the Western Canada Lottery Corporation whose purview includes the provinces of Alberta, Saskatchewan, and Manitoba. The Yukon Territory, the Northwest Territories, and Nunavut participate in the activities as associate members.

Saskatchewan residents can buy lottery subscriptions online but aren’t allowed to participate in BC’s PlayNow online lotteries even though people in Manitoba can. All in province WCLC sales are handled through a provincial marketing organization known as Saskatchewan Lotteries.

Sportselect is a parimutuel sports betting site that also allows online gambling, but betting on individual contest results is not allowed. Over/under, spread betting, pools, and some proposition bets are allowed. For a prop bet, a player would fill out a lottery card choosing a minimum of 3 games and predict the results such as visitor win, tie, or home win.

Each province has its own way of doing things with either a Crown Corporation of non-profit heading things up. Saskatchewan offers more First Nation venues by ratio than any other province with casinos located across the province but concentrated in the southern portion below Prince Albert due to the sparse populations of the north. WCLC provides VLT and other lottery opportunities for those in the upper two-thirds of the province. No matter where you go in Saskatchewan, legal betting is available.