Leading publisher of iGaming content Yggdrasil Gaming continues to provide exceptional online casino games to the industry and its many fans. In a collaboration with its YG Master program partner Reflex Gaming, on November 15, 2021, the provider has released 5 Clans: The Final Battle™. This slot title offers many special features and more importantly huge payout opportunities. 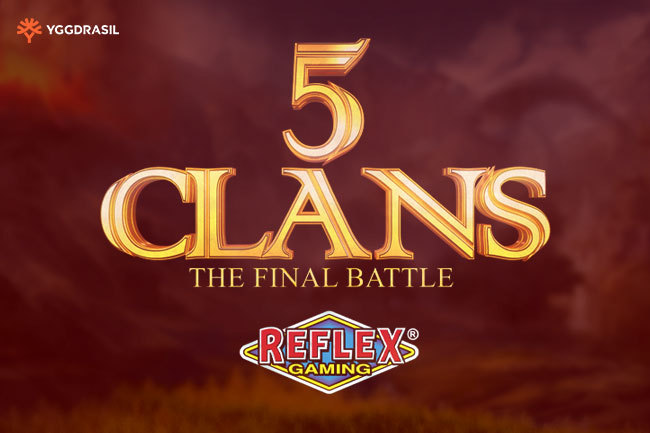 Yggdrasil Gaming is one of the most prominent names when it comes to the creation and distribution of iCasino content to the gambling industry. The company was founded in 2013 and it has made its way to the top thanks to its innovative ideas and technologies. Also, through its YG Masters program, it manages to regularly produce world-class content such as its new offering. 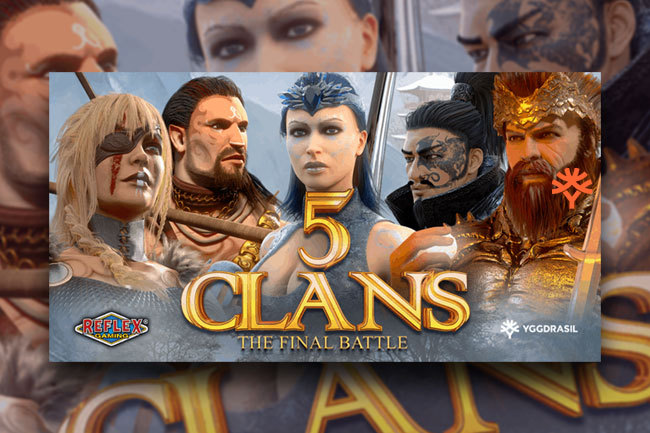 After tuning into 5 Clans: The Final Battle™ players will be transcended in a fantasy world amidst a battle for control between five clans – Dragon, Fire, Ice, Lion, and Wolf trying to assert their dominance. Similar to all other slots by the provider, this one also impresses with tons of game modes and features that contribute to an overall amazing gaming experience for gamblers.

Players must know that by landing the clan shield symbols they can trigger the slot’s six features. The Gold one is the bonus, which can grant players nine free spins when landing on reel five. The Red transforms the reel into a Super Wild, giving a free spin. If a player rolls Super Wilds, they are awarded even more free spins, with all the wins accumulating and paying out when the free spins are used.

Then there are the Blue Shield emblems that function as the game’s aggregator that can pile up to x50 of a stake. By landing a Green Shield players will see other symbols turned into a wild and give a free respin, with the wild symbols remaining. The final shield symbol is the Purple one which after rolling awards a free respin when landed on reel number 1.

Stuart McCarthy, Head of Product and Programs for the prominent iGaming provider stated that 5 Clans: The Final Battle™ is an immersive feature-packed slot. According to him, the game comes with a well-crafted visual design, complemented by the animation of the clan leader, as he is looking forward to seeing how the game will perform among players.

More From the Network

Previous slot releases from the prominent Yggdrasil Gaming include Tiger Tiger, which was published back in October and was developed with help from G Games. This game sends its players out on a jungle adventure in their search of treasures and winnings. Once again, this game offers various special modes and features that deliver tons of iGaming entertainment.

Prior to that, in September, the provider issued the release of the PapayaPop™ slot game, which was also developed through the YG Masters program, but this time by AvatarUX. This fruit-themed slot variation integrates the fan-favorite PopWins™ mechanic, which allows winning positions to pop and make way for more in their place. The titles also come with an unlimited free spins mode but it is activated in a particular way.