Last weekend was quite exciting for the many fans of Alberta’s live harness racing, as Century Downs hosted an action-packed 10-race card. Sunday’s race card at the track featured the four finals and four consolations for the Alberta Sires Stakes Super Finals, with over CA$300,000 up for grabs in total purses.

Sunday’s live harness races saw many capable horses and drivers compete for the hefty prizes, with names like Divine Art, Saphire Blue, Ladner Lad, Coz Im Special, Cozey Up, and many others. The card featured events such as the finals for two-year-old pacing fillies and pacing colts, as well as Super Final Consolation for three-year-old pacing fillies among others. 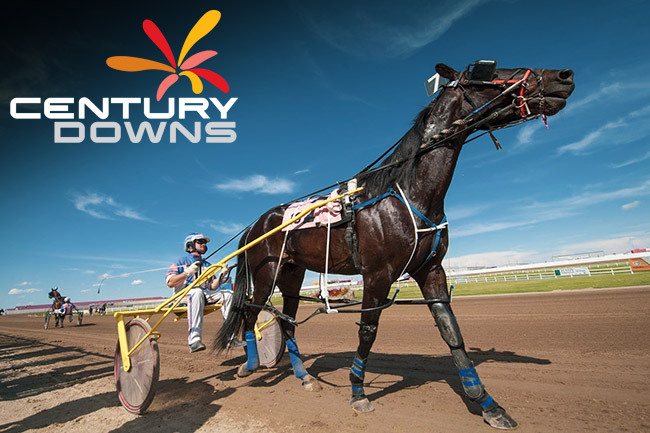 Divine Art won the CA$60,000 ABSS Super Final for two-year-old pacing fillies while facing fierce competition in the final meters of the race. With trainer-driver Nate Sobey, Divine Art recorded a 1:58.4 victory, with Wrangler Jewel coming second, Metaki third, and Cozey Up falling three lengths behind at the fourth spot. This was Divine’s art third win from six starts.

The CA$60,000 ABSS Super Final for two-year-old pacing colts and geldings was surprisingly won by Ladner Lad with a time of 1:57.3. For the bred by the Wild Dunes Stables along with RT Enterprises Ltd filly, this was his second win in six starts, thus accumulating CA$46,875 in winning. Vegas Gamblers came second, So Strange got to third, and Lets Tine One On got the number four spot.

The CA$60,000 ABSS Super Final for three-year-old pacing fillies saw Graceful Horizon emerge victorious with a time of 1:53.4. Starting from post 8, the co-owned by Lancaster with Derek Gilbert and Velda Olding horse won her seventh race from twelve starts this season, thus generating CA$137,757 in winnings. Exotic Dragon and Burning Hot finished second and third, with Outlaw Sharktastic 10 lengths behind in fourth.

Samba Beat has also impressed on Sunday, as it dominated the CA$60,000 ABSS Super Final for three-year-old pacing colts and geldings by open lengths in 1:54. The Gerry Hudon-trained and co-owned horse returned CA$24.90 to win and recorded his fifth victory in 14 starts, collecting CA$47,361 in winning along the way. The colt is bred by Meridian Farms, along with partners Monico Hudon and William Andrew.

Over the years the Century Downs Racetrack has witnessed many exciting and prestigious horse racing events at its oval. Back in 2019, the track hosted World Professional Chuckwagon Association finals. The event took place from August 21, 2021, through August 25, 2021. This was the first time that the track hosted the event and purses reached the impressive CA$100,000 for grabs.

Operations at Alberta’s live harness track were impacted by the occurrence of the unprecedented situation in March 2020 when most businesses had to shut down for a few months. Later in June 2020, the track and the nearby casino property were allowed to reopen operations and begin the 2020 racing season with certain health and safety protocols in place. However, the track has managed to recover from the past financial struggles and now operates at a normal pace.