Prominent casino games and software developer Playson has just released one more promising and exciting slot game to the iGaming industry. The provider of content unveils one more of its trademark Hold and Win slot offerings, and this time the name of the game is Royal Coins: Hold and Win. Once again players can enjoy an action-packed slot with an imperial theme. 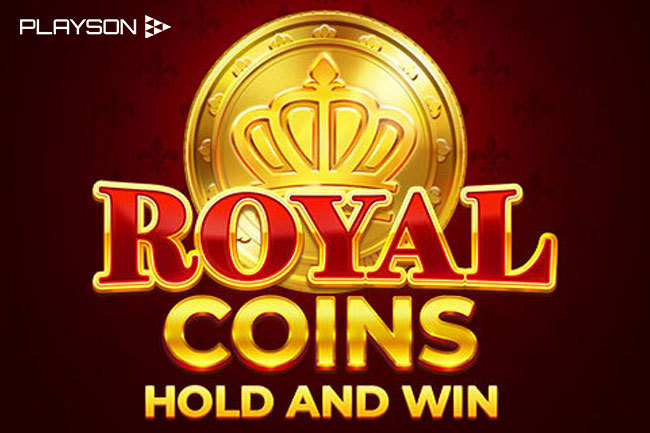 Over the last couple of years, the casino content and software developer has experienced a significant rise in popularity and reliability. The company, currently, offers 65 omni-channel casino games to over 17 regulated markets from all around the world. So far, the company has launched its premium products to markets such as Malta, Spain, UK, Romania, Italy, and many more.

More on the New Slot 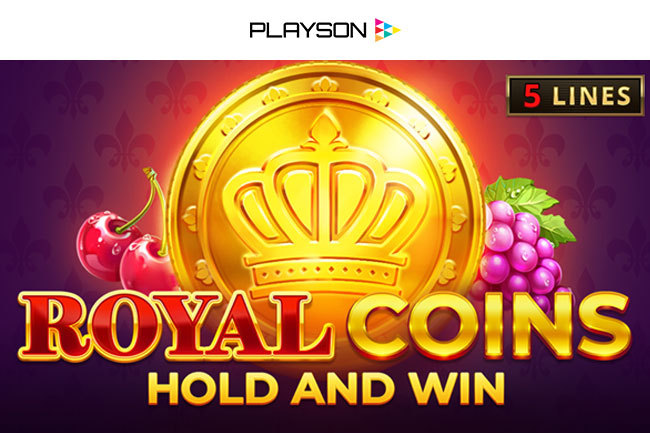 Royal Coins: Hold and Win is the newest slot offering coming directly from Playson and is now live for playing online. The game utilizes a 3×3 slot and it is another great instance of the company’s fan-favorite Hold and Win mechanic being incorporated in the developer’s slot games. Other popular games that also use the mechanic are titles from the Timeless Fruit Slots series.

In the new slot offering, Red Seven are the symbols that are used as high-paying Wilds while gaming, with coin symbols the jewel in the crown, which active the Hold and Win Bonus Game when they appear in groups of three. Participants must know that there are regular Bonus symbols, Jackpot Bonus symbols, and Royal bonus symbols.

However, Royal Bonus symbols can only be rolled on the second reel only during the Bonus game mode. Each Royal Bonus coin accumulated value from all other coins on the reel, including Jackpot, which makes way on the field for new coins. The jackpot range can vary from Mini, which is x25, all the way to Grand, which pays out x1000.

Vsevolod Lapin, Head of Product at the gaming provider, commented that the team is very excited to add Royal Coins: Hold and Win to its selection of Hold and Win games. According to him, the popular mechanic has proved to be quite successful among fans. Mr. Lapin added that the Royal Bonus feature will add another layer of fun to the already exciting slot title.

A few days ago Playson has also informed the public that it will be sponsoring the upcoming iGamingNext Valetta ’21. Besides being a sponsor of the convention, the gaming developer will also showcase its exceptional gaming content and digital assets. The gaming conference is taking place in Malta and it is scheduled for October 20 and 21.

Back in April, the leading content developer Playson announced that it will be teaming up with Virtualsoft which is a growing platform provider in Latin America. Now, the gaming provider is able to stream and deliver its premium casino content to the operator’s partners such as Doradobet. Hand of Gold, Solar Temple, and Wolf Power: Hold and Win were among the first launched titles for locals to enjoy.