With every day Canada is edging one step closer to the introduction of the highly-anticipated introduction of single-game wagering. Prominent gaming leaders are already making preparations about the seemingly imminent change in gaming law and are closely monitoring the situation as they are looking to enter the newly regulated market in the country. 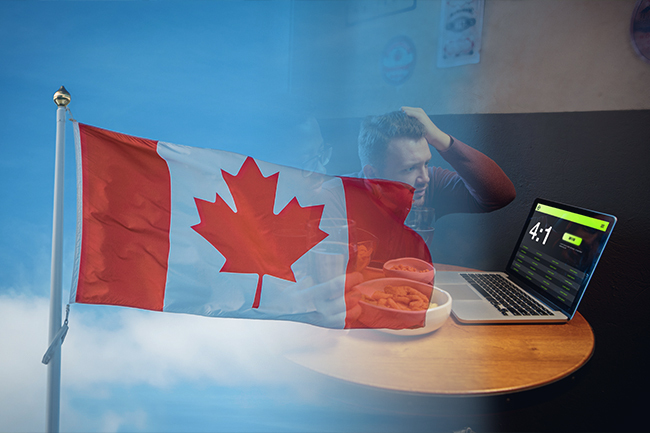 Over the years there have been many attempts and pushes for the gaming change but now it seems as the whole gaming industry in the country has realized that it is a much-needed step in order for Canada to catch up with its United States neighbors. Recently, Bill C-218 will allow amendments to the gaming law that has been passed by the House of Commons. One of the gaming operators that closely follows the single-event wagering situation is the prominent Real Luck Group or also known as Luckbox. Back at the beginning of March, the company announced that it has an agreement with the Canadian Gaming Association. CEO of Luckbox Quentin Martin stated that is a vital step for the company as they are looking forward to the introduction of single-sports betting and the possibilities that it will bring for the gaming scene.

Another gaming operator that is eagerly awaiting the official passing of the bill is the Boston-based DraftKings. The renowned corporation already has a deal in place with the National Football League. CEO of the company Jason Robins stated that Canada is a really exciting opportunity provided that Bill C-218 becomes reality. Additionally, he noted that he has witnessed great progress in the country about its potential.

Gaming and sports wagering company Elys Game Technology Corporation has also joined the waiting list. Head of the company Michele Ciavarella stated that despite the introduction of single-event wagers being far from official, this is a huge opportunity to provide Canadians with safe and responsible products of sports and esports gambling offerings.

International Game Technology is also making its first steps of preparations as the company announced a cross-licensing deal with the prominent Scientific Games. The deal will allow both organizations to join efforts and offer their rich portfolio of digital gaming content to the fans in the country. CEO of International Game Technology Renato Ascoli stated that cashless gaming is the future and it will significantly help casino operators.

The National Hockey League has also recently backed the proposal for the introduction of single-event wagering in Canada, as it previously opposed it. Chief business officer and senior executive vice-president of global partnerships of the company Keith Wachtel stated that now there is a much clearer idea of how the change will be introduced and regulated. The league has also reached an agreement with Sportradar AG that will provide the much-needed analysis of the field.

At the end of March, there was a hearing on the proposed Bill C-218 by the Standing Committee on Justice and Human Rights. The bill was officially passed by the committee and the horse racing leaders have been granted their requested protective measures for the live harness industry. It was later announced that in order to protect the sports from unintentional damage the horse racing industry has been excluded from the bill.