As of today, there is only one week left to wait for the highly anticipated ELK Studios title, “Hidden” to hit the market. ELK fans have been following the game’s development for some time now thanks to a tease campaign the Stockholm based developer has running on their web site. 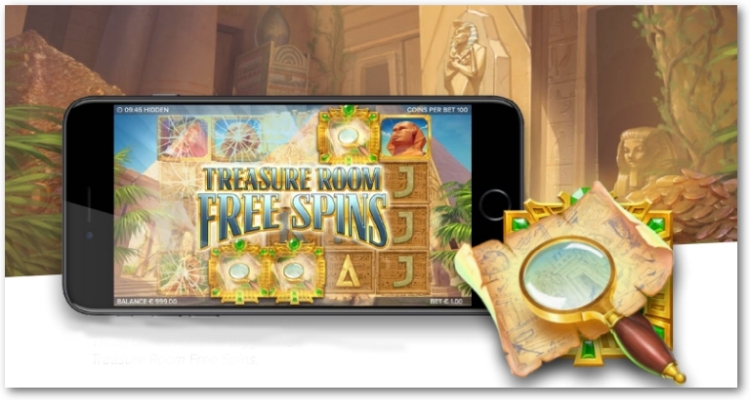 Hidden will be the company’s 13th release to date since they debuted The Lab back in October 2013. And while there is a demo version of the game available, players will have to wait until September 13 to view the pay tables and specific bonus features. The demo version “plays itself” so it’s really not much more than a movie at this point.

What we can tell about the game is that it will have 178 virtual connected pay lines and fixed bet sizes. The symbols drop into a 5×4 grid rather than spin on reels, and blocks from winning combinations fall to the lowest available level after non-winning symbols are removed – at least in the free spins “Treasure Room” bonus round, which is all that is displayed in the demo version.

Rather than being set in ancient times, the game follows an erstwhile explorer and his assistant as they unravel the mysteries of the Great Pyramids and the Sphinx of Giza.

The graphics are typical ELK Studio awesome and the soundtrack is high-definition as well. All of the developer’s games are optimized for mobile play and delivered in HTML5 so they can be experienced to their fullest on any device. The game was developed using state-of-the-art technologies including WebGL.

Although they haven’t let on yet just which casinos will carry the new game, you can bet they are all clamoring for it. We find other ELK games at Leo Vegas, Spinit, Mr Green, and quite a few others but from past debuts and exclusives, these three seem to be the best bet.

Hidden is destined to become another “cult classic” like many of their previous games. It is being released in over 20 languages and supports play in more than 40 currencies. The game is what would be called highly volatile or very high variance with a hit frequency of 24% and max win of 2,150x total bet. Stake options range from 0.20 to 100.00 per spin for a maximum jackpot of 215,000.00.

What this all means, in a nutshell, is that about one in four spins will win something, and while even bonus rounds can conceivably return next to nothing, the game will occasionally pay out huge jackpots. But with such a small minimum bet size, everyone will have a chance to enjoy ELK Studio’s latest release, Hidden, beginning September 13, 2017.