One of Canada’s most popular online casinos since its launch in March 2016 recently saw a Norwegian player take home a €302,000 jackpot while playing their new Mystery Fruit slot. Big wins happen all the time at online casinos but jackpots this big usually only come when playing a progressive slot game with a dedicated jackpot. 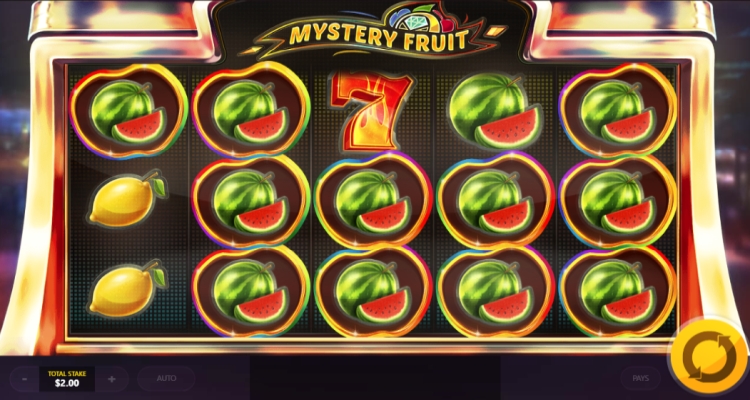 The player, who chose not to be identified by name with his newly bursting bankroll said that seeing his balance explode was rather frightening at first. He kept checking his balance wondering if it was real.

He said he began spending some of his proceeds by buying a “nice big” diamond ring for his wife. Further plans include a holiday in September, then some house painting and finally paying off his car when he returns home.

The game was recently released by Red Tiger Gaming, a company with headquarters in Douglas, Isle of Man that was founded in 2014. Dunder Casino carries several Red Tiger games which can also be found at other leading Canadian online casinos. Mystery Fruit has special symbols that can reveal any other symbol and create a random number of clones which spread across the reels generating phenomenal wins. The game also has a Wheel Bonus feature where the real big money can be found.

Dunder Casino carries a selection of slots and casino games developed by well-known producers such as NextGen and Play’n Go. While Dunder Casino isn’t currently offering free spins on Mystery Fruit, the game can be played in fun mode after creating a free account.

Yggdrasil Player in Norway Decides not to Wait for Christmas; €1.2m Jackpot
4 years ago
Views:922 Comments: 0