The Canadian Premier League has found its official sponsor for the new few years after the soccer league has announced its brand-new partnership deal with online casino brand ComeOn! This multi-year deal will see the logo of the gaming operator displayed on a jersey of one of the league’s clubs, and its name will be revealed soon. 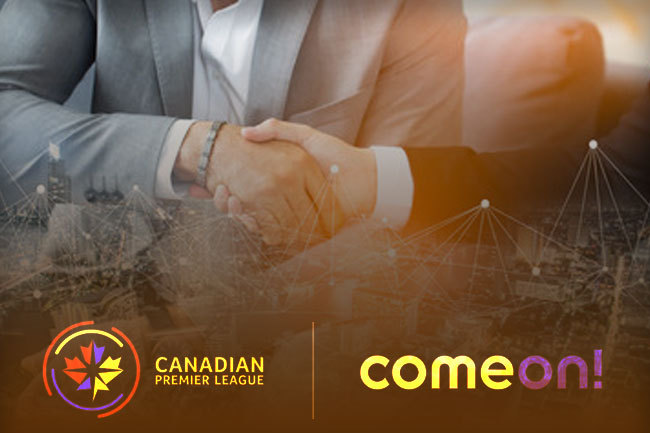 ComeOn! is a part of the ComeOn Group, which is a top-performing casino brand in the online world of gambling. The company was founded back in 2008 and provides mainly casino and sports betting offerings to its fans. Additionally, the operator is renowned for its responsible gaming and player protection values while providing its gaming services. 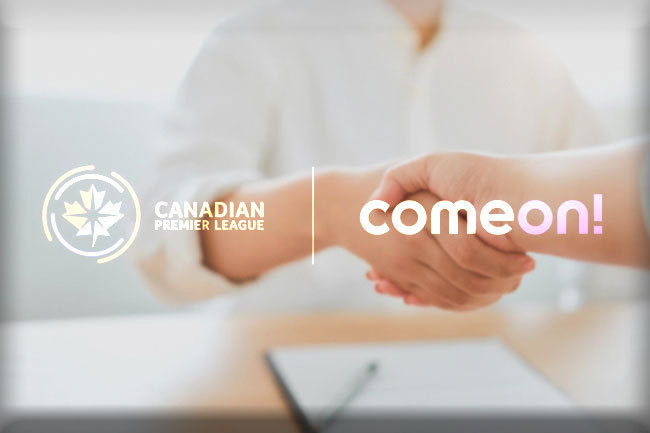 The CPL and its broadcast media partner OneSoccer will offer fans of the sports insights on the upcoming games, so they can have everything they need for the weekly “ComeOn! Match of the Week” during the soccer season. Through the agreement, ComeOn! will be featured on the CPL Predictor game, where fans will be able to predict the outcome of every club match and win many prizes.

David Clanachan, Commissioner of the soccer league stated that the institution is very excited to have the prospering online casino operator as a partner in the growing sports betting sector. He continued by saying that the league believes that this deal will deliver better fan engagement during the games, as the option to provide updates on match to match is a great opportunity for players to stay involved.

There will also be a custom OneSoccer show named “CPL Week in Review presented by ComeOn!”, which will be hosted every Monday. The show will review the most recent soccer games and discuss the most exciting upcoming ones. Additionally, the operator will have a full set of broadcasting assets, enhanced stadium signage, and brand integration across the leagues.

Chief Commercial Officer at ComeOn Group Berkay Reyhan stated that the company is proud and pleased to be partnering with the Canadian soccer league. He believes in the huge potential of the league and according to him, it has the potential to grow much bigger. He continued by saying that the operator’s online offerings will ensure a fun and engaging experience for the fans of the sport.

In recent times Canada has seen several very promising casino brands enter the country’s gaming field. Fair Interactive Group N.V. has been one of those companies, with the online platform named Bigfafa.com. The website received its approval from the Curacao Gaming Control Board and now will be presenting its gaming content to the Canadian markets for the first time ever.

Softweave is another gaming company that recently made its debut in the country. Thanks to its award-winning Winafar technology, the brand will be an instant hit. The mechanic provides players with the ability to play on a real land-based slot machine from distance by using their respective device and staying at home for example.