Treasure Cove Casino and Bingo is among the popular locations in Prince George and people have been frequenting it for years now. It has been closed ever since March this year, but British Columbia Lottery Corporation recently revealed more about its daily operation. Some CA$50.9 million in gaming revenue was amassed by the popular gaming hotspot over the fiscal 2019/2020.

Taking into account everything that has happened over the past twelve months is essential for the development of any gaming location and corporation, as it highlights the positive and the negative impacts of every decision made up until this point. The Crown corporation recently revealed more about its 2019/2020 fiscal year and Prince George’s community also got the chance to tout its performance. 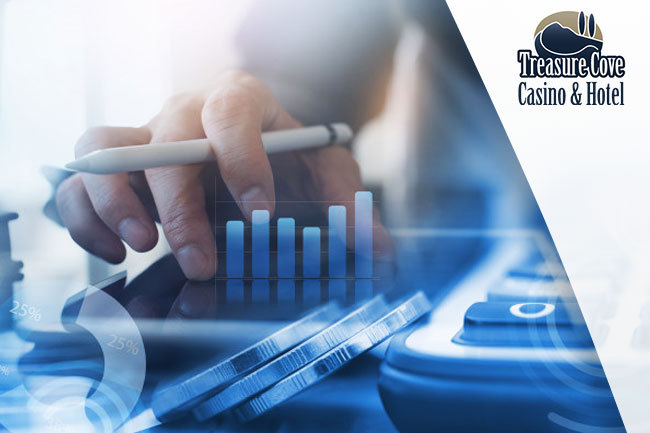 Treasure Cove Casino and Bingo is one of the renowned gaming locations in the region, bringing a well-rounded pallet of gaming products and offerings. It brings slot machines, bingo gaming, as well as electronic tables and poker offerings. In addition to those, there is also blackjack for the people ready to try their luck. Horse racing is also available with the help of the racebook of Treasure Cove.

The gaming revenue this location managed to amass amounted to some CA$50.9 million and it even managed to mark a surge when compared to the previous fiscal year. When it comes to comparing it with the fiscal 2018/2019, this year amassed CA$101,000 more. These results happened despite the abrupt closure of casino locations across the province back in March.

It should be noted that over the past half a year, none of British Columbia’s casinos have worked, as the lockdown aimed to protect both casino staff members and casino patrons. Treasure Cove Casino and Bingo ranked among the top 10 most lucrative casinos on a provincial level, reserving the ninth position on the official leader board for the 2019/2020 fiscal year

Some CA$45.6 million was amassed by the slot machines sprinkled across the gaming floor and luring people into trying their luck. This division marked a CA$127,000 increase in gaming revenue year-on-year. Bingo gaming raked in some CA$3.17 million, marking a slight drop when compared to the previous year. Table gaming was also among the popular offerings available, with some CA$2.16 million in revenue.

Across the province, officials have pushed for the safe reopening of casino locations and gambling halls, as the ultimate decision should be made by the government. Ken Christian, Mayor of Kamloops, was the latest official to push this change, saying that the two casinos in the area are ready for relaunch. Gateway Casinos and Entertainment oversees them and there is a plan with all safety protocols devised. The only thing left is the green light coming from the province.

Fort St. John Mayor Lori Ackerman recently wrote a letter to the British Columbia Premier, John Horgan, seeking answers as to why bars and restaurants are open, but casino locations remain closed. She pointed out that the safety measures to be implemented are more reliable than ever and casinos are anticipating their gambling return.