Yggdrasil Gaming is set to release a groundbreaking slot game on Wednesday that uses a revolutionary new game mechanic they are calling Fusion Realms. The company says the mechanic allows different reel sets and features to mix into the game seamlessly. 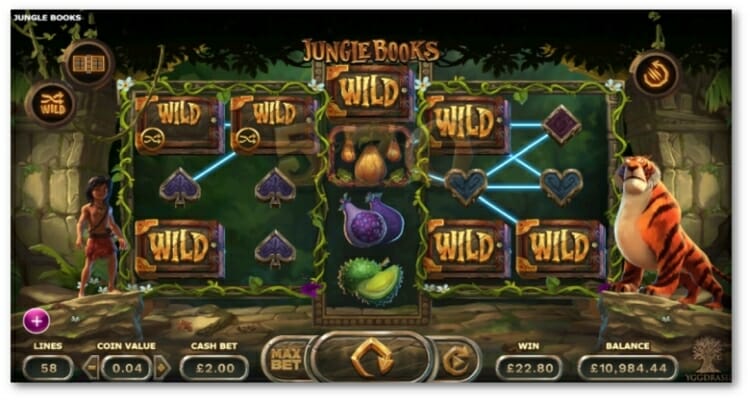 The game is Jungle Books and features five characters with a total of 45 feature combinations. Each of the characters has their own realm and is the host of two features. Characters can travel to other realms and when 2 characters are present in the game world triple feature combos come into play. The host is always located to the left of the reel but can leave the realm which causes a new realm to appear. That host will move to the right side of the reels and become a guest, bringing with them one of their features to go with the new host and realms two new features. GUests appear and disappear randomly along with their features but once present will always remain for at least three spins.

The game features full light and shadow rendered 3D images and animations as well as 2D graphics for a cinematic showpiece and game narrative equal to the maths and mechanics.

The game will be launched on Yggdrasil’s revamped HTML5 framework, iSense 2.0+ fully optimized for mobile play and supporting Retina and Force Touch devices. Mr Green Casino is offering to match players’ first deposits up to $100 to try the game.