In 2016, NetEnt, one of the leading software suppliers for online gaming establishments, suddenly decided to leave the Canadian market without notice. That was a major blow for Canadian players who had already been limited to a handful of providers. One of the main arguments why NetEnt left Canada is due to the vague legislation acts regarding online gaming imposed by the Canadian government. No official explanation was given by NetEnt’s executives as to why so many Canadian players have lost access to NetEnt’s additions virtually overnight.

All that is forgiven as NetEnt returned to the Canadian market in 2019 and has continued its previous excellence in providing its superb collection of games.

You will be able to play NetEnt games at the following casinos:

The magic ingredients with NetEnt Slots can be put down to

In addition to this they were pioneers in the field of 3D video slots, have an excellent range of classic slots, and feature an ever-expanding progressive jackpot slots network, some of which have broken records with the size of their payouts.

In 2014, NetEnt slots recorded 21.4 billion transactions worldwide, and their games are available in 23 languages and can be played in 27 different currencies. NetEnt is licensed by the Malta Gaming Authority and the UK Gambling Commission, and is independently audited by eCogra.

Originating in Sweden, NetEnt excels in producing classic 3 reel slot and fruit machine games. These manage to combine both the traditional elements of the old-school slot machines with cutting-edge contemporary design and game play, and continue to prove exceedingly popular around the world. 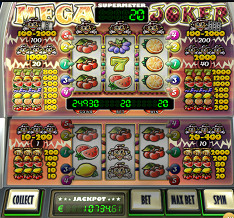 Games such as Jackpot 6000 and Lucky 8 Line offer fast, straightforward gaming action and are designed to resemble classic slot machines in their look, feel and sound effects. Mega Joker, which includes a gamble feature and a second set of reels, resembles the sort of land-based slot that has been popular in Scandinavian countries for many years.

NetEnt has reinvented the classic slot machine game, taking the essential elements and adding innovative new developments. One of their flagship slots Starburst is a good example of this, in that uniquely wins pay both left to right and right to left. Another popular title is Dead or Alive, which manages to combine a fairly conventional Wild West theme and straightforward gameplay with an unusual free spin bonus round that includes sticky wilds. Likewise, Twin Spin appears at first glance to be a relatively conventional online slot, but it uniquely features two reels that are linked together and which can expand even further so that all five reels are linked.

NetEnt’s video slots are leading the way in both gameplay development and the range of their branded slots. They were the first developer to introduce 3D slots and stunning visuals are the hallmark of all their games.

Falling Reels: For instance, the 3D graphics and innovative ‘falling reels’ of the trademark NetEnt slot Gonzo’s Quest established new standards in what players can expect from an online slot game. Its Conquistador theme, combined with its Avalanche multiplier and free spin bonus, means that players have long regarded this as one of NetEnt’s best slots.

Jack Hammer is another ground-breaking game, both in its bold and colourful comic book style, but also in the new features that it introduced, such as the Sticky Win feature where winning symbols remain in place on the next spin, and the fact that each symbol spins independently rather than on a reel. NetEnt also do a good line in quirky, off-beat slots with unexpected themes, such as EggOMatic, set in a futuristic robot egg factory, or Jack and the Beanstalk, which takes the fairy tale and gives it a decidedly modern twist, both in its look and how the game plays, and which includes the ground-breaking walking wilds feature. 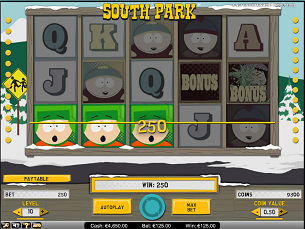 Branded Slots: Where NetEnt has forged ahead of its nearest rivals Microgaming and Playtech is in its branded slots. It has produced branded slots games based on hit TV shows such as South Park or movie franchises like Aliens, but has unquestionably broken new ground in its series of rock-themed slots.

Guns N’ Roses was released in January 2016 and quickly proved to be one of the biggest games to hit the market in years. Designed to recapture a dynamic live performance by the band, the slot is notable for the use of a genuine Guns N’ Roses soundtrack (featuring massive hits like Welcome to the Jungle, Sweet Child O’ Mine and Paradise City) and images of the band, the game is a truly successful melding of theme and gameplay, as the symbols and bonus rounds are all representative of the band’s music and image. NetEnt will follow up the success of Guns N’ Roses further in 2016, with the release of new Jimi Hendrix and Motorhead themed slots.

NetEnt progressive slots are unusual in that the jackpots can be either local (from the one online casino) or pooled, which means that the jackpot is made up  of a percentage of every losing spin on the game worldwide. Naturally, pooled jackpots are significantly larger and NetEnt progressive slots have in recent times made headlines with some enormous jackpot payouts.

Although NetEnt progressive jackpot slots are not necessarily as well-known as some of the bigger more established titles, such as Microgaming’s Mega Moolah and The Dark Knight, they are making up ground quickly and establishing themselves at a number of leading online casinos.

Arabian Nights is one of NetEnt’s most well-established progressive slots, but it continues to add new titles to its catalogue and these continue to rack up record wins. Hall of Gods paid out a massive jackpot of more than USD$8 million in May 2014, while the all-time record is held by Mega Fortune, with a huge jackpot win of over USD$20 million in January 2013. Other new additions to the range of NetEnt progressive slots include Geisha Wonders, Icy Wonders and Tiki Wonders.

NetEnt is one of the leading software developers that provide a wide range of top-notch gaming solutions to the most successful casino operators across the globe.

NetEnt has entered the gaming market in 1996 and has since built a great reputation in driving the market with premium games powered by a cutting edge platform.

This software provider has made progress year after year with their unique game releases, superb quality of products, and innovative technology. NetEnt also boasts of having a competitive edge over their biggest rivals due to their award-winning casino solutions.

Net Entertainment AB is publicly traded in the Stockholm stock exchange under the symbol NET-B. It has a market cap of SEK 18b which is around USD 2b, making it one of the largest public gambling companies in the world, let alone online gambling. The company’s tremendous success since inception  is illustrated by the graph below: 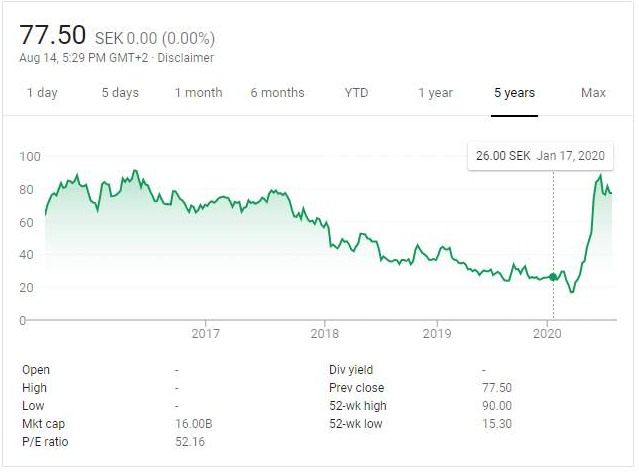 NetEnt has been the recipient of a number of peer based industry awards including:

NetEnt slots are a sight to behold. The company offers over 150 free and paid NetEnt slots available on each of its affiliate sites, most of which operate in flash versions that are compatible with Macs, as well as PCs. The gameplay and graphics of its games are exceptional, and attention to detail in some of the titles is a thing of beauty.

Games: NetEnt features some well-known titles, like Jack’s Hammer, Jackpot 6000, Mega Joker, and Starburst, all of which are top titles among NetEnt players. These games don’t necessarily have top-notch features, Playtech’s Marvel Comics series or Microgaming’s Mega Moolah, but the quality is just as superb. We recommend this brand for low rollers who care a little more about the quality of the gameplay, and a little less about the jackpots.

Best NetEnt Slot Games: Most people who regularly spin the reels agree that NetEnt leads the way in terms of state-of-the-art 3D graphics and creative themes of its slot games. The inventors behind this company have always been able to come up with unique titles you just won’t find elsewhere.

We’ll mention a few NetEnt slot games that are highly-regarded in casino circles. For example, South Park is a slot based on the legendary animated TV comedy show. You’ll have plenty of good laughs while playing as you listen to foul-mouthed Kyle, Eric, Cartman, and Stan. However, you won’t have the opportunity to make the big bucks along the way. 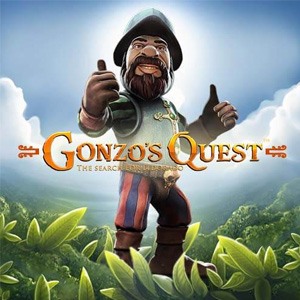 Gonzo’s Quest is one of the most popular titles ever created. The game features Gonzo the conquistador who sets off to search for the lost city of gold. Gonzo constantly hangs out alongside the reels, entertaining players with his antics. One more thing that makes this game so exceptional is its superior 3D graphics.

Payouts: As for the payouts, the provider isn’t shy about rewarding and supporting its players. NetEnt games payout is in the range of 95–97, boasting some of the best odds in the casino business.

Mobile: Last but not least, NetEnt is thriving with its mobile offerings. You’ll hear most online casinos bragging about how they can now support a dozen or two games, whereas NetEnt mobile casinos are approaching to a grand total of 100 titles. The gameplay on mobile games is just as outstanding as on their desktop counterparts.

All the features make for a competitive platform that is on par with top software providers like Playtech and Microgaming. NetEnt has to expand its PC portfolio if they want to gain a competitive edge over its rivals, but the company is already working around the clock to expand its offerings. However, what it lacks in quantity, it makes up for in superb quality. The exceptional mobile platform is what really launched NetEnt into the elite stratosphere alongside Playtech and Microgaming.