partypoker LIVE is well-known for its premium offerings and live events able to amaze with their guaranteed prize pools. May 2019 is scheduled to see the third consecutive year of MILLIONS North America making its way to Playground Poker Club and projections are that many players would become millionaires is Lady Luck shines upon them. Schedule for the second half of this festival is even more heated than its initial stages and today we are going to see what the hype is all about. 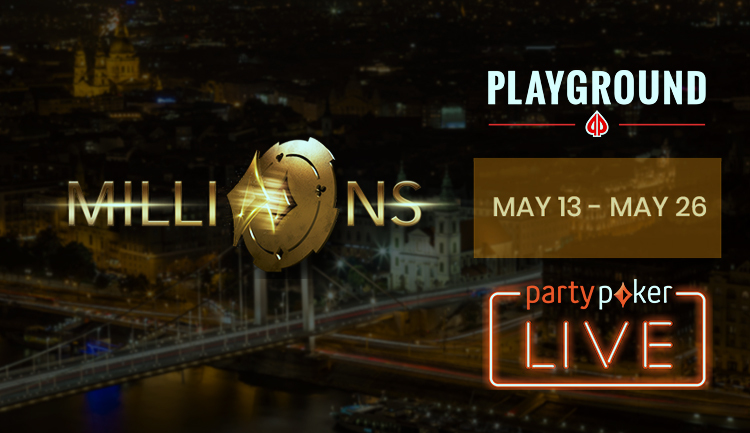 After the final day of Playground 200 featuring a guaranteed prize pool of CA$100,000, and the official start of Montreal Open coming with a guaranteed prize pool of CA$1,000,000, May 19 is going to bring the last two regular flights of the premium event. Each of them comes with a buy-in of CA$1,000 + CA$100, giving players the opportunity to reserve their spot on the official Day 2. This Sunday-Funday action would also bring the first MILLIONS North America Satellite Turbo Re-Entry event that would have 10 seats up for grabs at the affordable price of CA$515 + CA$50. 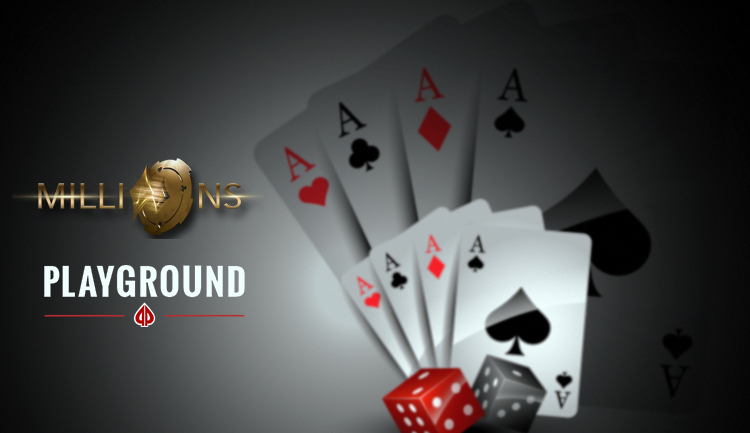 Monday is a day of new opportunities and May 20 would be such with the last Montreal Open starting flight that will be a Turbo one, increasing the pace even further. Whoever has made it that far would reunite once again later that day. This day would also bring two satellite events for the Main Event, one Turbo and one regular tournament, the latter featuring CA$1,030 + CA$100 buy-in.

On the following day MILLIONS North America Day 1A would official greenlight the Main Event action. Mandatory buy-in for it equates to CA$10,000 + CA$300 which could make swelling the CA$5,000,000 guaranteed prize pool even further. This event is special because it will feature only two starting flights, as well as a next-day re-entry option. This will ensure that every player has two re-entry opportunities within the structure of the tournament.

May 21 is also expected to bring a total of three satellites for the Main Event, two of which Turbo ones. Montreal Open Day 3 with its Final Table and the fortunate winner is going to make the day even more special. However, the last satellite tournament would take place on May 22 with its buy-in of CA$1,030 + CA$100. When all is said and done, Playground Poker players will have the chance to claim a total of 70 Main Event seats with the help of these satellite events.

Rio is fast approaching, but MILLIONS North America is on the horizon. We're bringing back the worlds biggest poker tour to one of the best card rooms on the planet @PlaygroundPoker.

Join us for the CAD$5,000,000 guaranteed Main Event. https://t.co/vFlCp8leNv pic.twitter.com/pPVEwYZQS6

Its second starting flight is going to provide even more players with the chance to make it all the way to Day 2 on May 23. This is also when the premium High Roller event is set to commence with its CA$1,000,000 GTD and CA$10,000 + CA$300 buy-in. The closer poker action gets to May 26, the bigger the prize pools get, as it is evident by the last MILLIONS North America events.

May 24 will give a start to Playground 1000 with a guaranteed prize pool of CA$100,000 and CA$1,000 + CA$100 buy-in, in addition to the Main Event Day 3 and the High Roller Day 2. At this point, live poker action is projected to be heated, as everyone would be willing to make it to the premium cash payouts on the leaderboard top positions.

The High Roller will see its Final Table on May 25 crowning its winner with a fair share of the overall prize pool generated. Saturday action is also going to bring Main Event and Playground 1000 players one step closer to the Final Table and the heated heads-up duel. On the following day, the champions and brand new millionaires will be known by the late afternoon.