Loto-Québec is ready to see the official reopening of its land-based gaming locations but there are some changes that will have to be introduced along the way. A total of 2,250 individuals part of the structure are now facing temporary layoffs, as it was confirmed recently. The cost reduction move would aim to alleviate the upcoming months of casino operation. 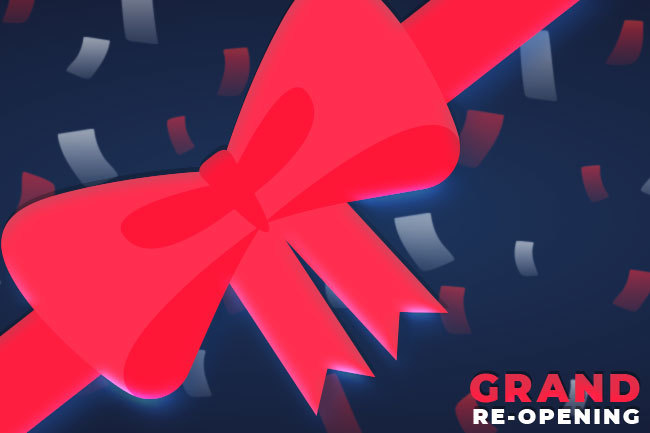 The Crown corporation overseeing the gaming field of Quebec was the first leader to mandate the closure of brick-and-mortar casino venues and gambling halls within the borders of the province. This happened on March 13 and ever since then four casino venues and two gambling halls have remained closed for business. Now it is time for the reopening.

The land-based gaming locations are about to reopen in the foreseeable future, but there will be some changes to the way they work. About 2,250 individuals associated with the gaming venues are going to be temporarily laid off. The operation of the venues will be adjusted to promote physical distancing and the respective measures protecting players’ health.

The workweek will also have to be reduced, as the Crown corporation confirmed recently. This is going to be a temporary measure introduced on the premises of the gaming hotspots. The reduction of the workforce takes into account the amount of work expected to take place on the premises of the venues. Loto-Québec also made it clear that managers part of the structure of the gaming leader will have their salary frozen.

This applies to the 2020/2021 fiscal year. A drop in revenue due to the casino venue closures is expected to be reflected in the upcoming quarterly fiscal report. The Crown corporation also made it clear that contract workers will have to be let go in the upcoming weeks. Cost reduction measures will be implemented on all levels of the Crown corporation’s day-to-day operation.

July 21 is about to see the temporary layoffs become official, as the Canadian Union of Public Employees recently confirmed. The labor union in question protects the best interest of about half of the workers associated with the casino venues and gambling halls overseen by the Crown corporation. The reopening of the locations is about to commence later this month. July 3 is the first important date.

This is when bingo gaming is about to commence once again. July 7 is another important dare, as this is when VLTs across the province are about to relaunch operation. Hilton Lac-Leamy Hotel is about to welcome its first guests for the first time in months on July 13. The accommodation hotspot is going to be the first facility overseen by Loto-Québec to open. July 16 is about to see the official launch of the first two casino venues.

Casino de Charlevoix and Casino de Mont-Tremblant are going to welcome their first casino patrons with all the safety measures implemented. This is when the two gambling halls in Québec and Trois-Rivières are going to reopen too. Casino du Lac Leamy is set to reopen on July 23, whereas Casino de Montreal will welcome patrons on August 3.